About Larry and Helen Deason 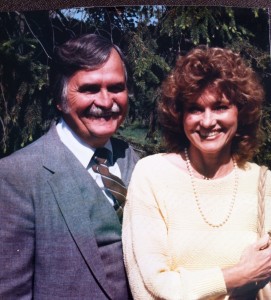 Larry was born in 1936 and Helen in 1939. They were married in in Houston, Texas, 1955. Larry had various jobs after High School and a short term at Abilene Christian College. He was self-employed in the used car business for seven years and Helen was a homemaker. In 1966 he took his wife and two daughters to Lubbock, Texas and studied two years (144 semester hours of Bible) at the Sunset Preaching School, now Sunset International Bible Institute.

Graduating from SSOP he, Helen, Sherry and Tammie with nine other families moved to New Zealand as missionaries and spread out across that beautiful country and worked with established churches of Christ and planted some new congregations also.

Larry, Helen, Sherry and Tammie lived in Tauranga for six years, the Bay of Plenty area on the North Island. He began a two year school of the Bible in that city, associated with the Greerton church of Christ. Several of the graduates were instrumental in beginning the South Pacific Bible College in Tauranga in 1982. Larry taught in this College almost every year from its beginning until his death. I have been teaching there each year since he passed.

Returning to the USA in 1974 he worked a short time with the Southeast church of Christ in Houston and then went to Clifton Park, New York and began the Northeast School of Biblical Studies which he directed and taught courses there until it was closed. The dates of beginning and closing NESBS are approximately 1975-1989.

The books that Larry wrote were developed in the classroom after many years of teaching. They are excellently arranged and Biblical sound. They are used by thousands around the world.

Larry began an International ministry of which I have been a part since its beginning January 1, 1992 – 2008. Larry taught mainly in New Zealand, Fiji, Tonga and some of the other Island and various places in the USA. 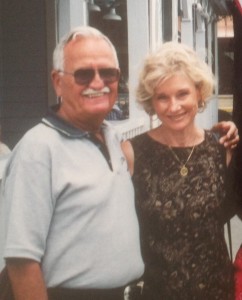 Larry and Helen moved to Lady Lake, Florida after closing the School. Bobby and Joanne Deason moved to Florida in 1997 to better serve Life Communications book ministry and be near Larry and Helen whom we love dearly.

Larry passed to his grace reward after a two year bout with Pulmonary Fibrosis. He died in this life celebrating his life and victory in Jesus. We, his family were at his bedside the moment he passed to the next phase of life. It was a sad but glorious God honoring time during that Saturday night and 10:02am Sunday morning passing. Hallelujah when one of God’s children dies and leaves this world for that far better place, Philippians 1:20-21; 3:20-21; I Thessalonians 4:13-18; Psalms 116:15.