I was born at Pert, Texas (That’s between Palestine and Frankston) August 24, 1937, on my granddads 300 acre farm, the second son of Robert and Ebbie Deason. Daddy moved us to Houston during the II WW years where he worked at the Shipyard building ships. I lived in Houston and graduated from Milby High School in 1955. I went to Abilene Christian College for a short time, dropped out and worked for Reed Roller Bit in Houston, then joined the Army 1956 – 1959. I served most of my three years in Germany with the 11th Armored Calvary, Tank Company. Patrolling the Czechoslovakian border was our units’ major mission. I was a heavy tank commander (better than a heavy commander of a light tank – smile). 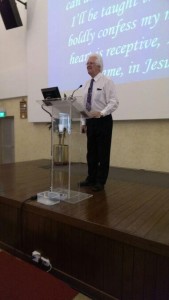 Returning home from the military, I married Joanne Callihan, October 9, 1959, and started at about the same time in the used car business self-employed. We were members of the Broadway church of Christ (I grew up in the churches of Christ) in Houston. After six years in the car business, serving as a deacon in the church, and three children later we moved to Lubbock and entered Sunset School of Preaching, February 1967-1969.

After graduation from Sunset, I preached for the Tomball Road church of Christ in Houston for three and a half years (It is now the Champions congregation). While there I went on two mission trips for Sunset School of Preaching (Now named Sunset International Bible Institute). The first was a trip to India with Richard Rogers a Sunset instructor, to teach in the Preacher Training School in Madras. It was a ten week teaching mission which took us to New Zealand (Where my brother Larry Deason and family were missionaries), Australia, Thailand, India, Oslo, Norway, Belfast Ireland, Athens, Greece and home again. The following year 1970, I went back to teach in India traveling with Ed Wharton and Nat Cooper, Sunset Teachers. Ed and I went to Japan, Thailand then on to India. Both of these trips broadened my vision for World Evangelism. 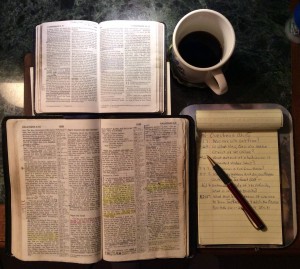 I resigned from the Tomball Road congregation after three and a half years, to be a team member with Truitt Adair family (Now the Director of Sunset International Bible Institute) and three other families to begin and teach in a preacher training school in Lagos, Nigeria. My family and I with them attended the Missions Program at Sunset and then went to Africa to accomplish our mission.

Returning from Africa I accepted the work of minister of Education and Evangelism and one third of the preaching with the 800 member Southeast Church of Christ in Houston, Texas. My family and I had a wonderful ministry there for about three years and then moved to the Martinez, California church of Christ in 1978, where I served as the pulpit minister, for thirteen and a half years, and as an elder for eleven of those years. While there I made several mission trips to Mexico and to Slovakia. 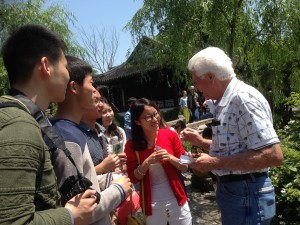 Resigning from the Martinez church, December 31, 1991, I began the next day working with my brother Larry Deason, the president of Life Communications and Jehovah-Jireh. Our mission was to go anywhere in the world that the Lord called us to preach, teach, and to distribute without cost the books that Larry had written and a few that we would write. Larry’s mission on this earth ended, November 2, 2008 when death called him home. His work continues through his life lived and his writings. 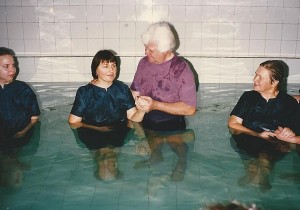 Larry’s wife Helen and I continue Larry’s mission. This is what I am doing to this day. During the past twenty six years the Lord has lead me to teach in Russia many times, Africa, Slovakia, Guyana, Greece, Estonia, Lithuania, Korea, New Zealand, Singapore, Cambodia, China and various places in the USA. My wife and I for the past twenty one years have lived in Lady Lake, central Florida, and are actively involved with the Maricamp Road church of Christ in Ocala. We have six grandchildren. God has lavished his love, mercy and grace on us and our cup is overflowing.